When volunteers at Blackpool’s Stanley Park donated a 50 stone pumpkin to the elephants at the neighbouring zoo it soon became apparent that moving it wasn’t going to be an easy task!

With just a couple of roads separating the mammoth animals and their massive treat, staff at the zoo did what we all do when we need help…they called the Fire Service! 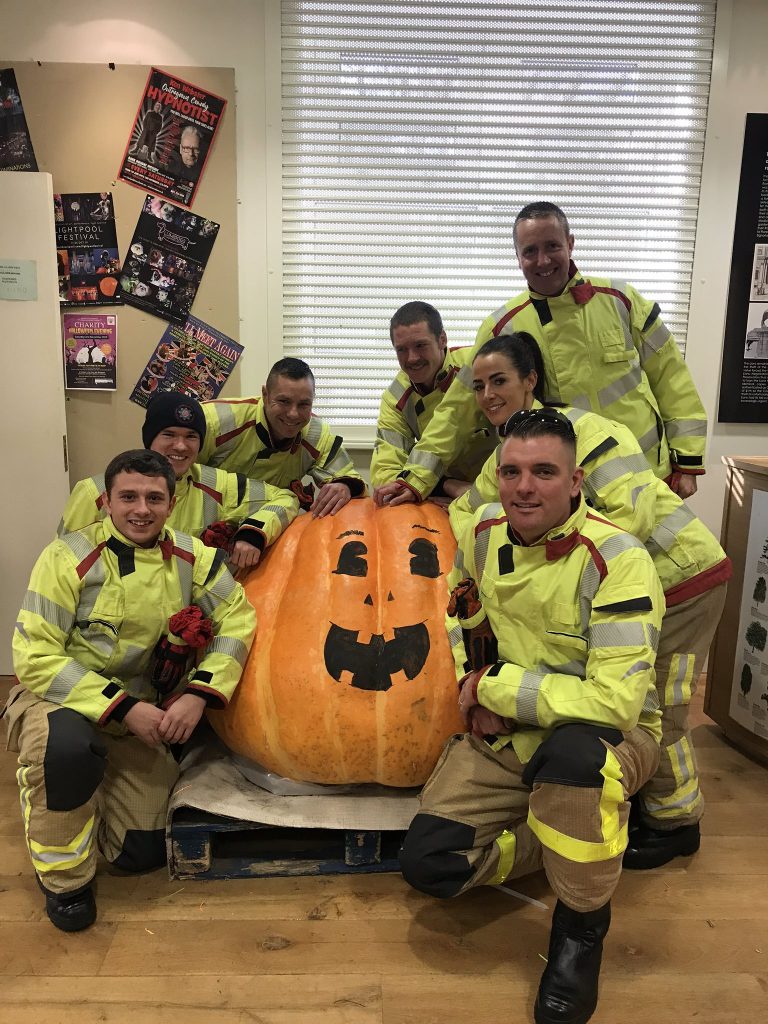 Station Manager Ian Armistead at Blackpool’s Forest Gate station was more than happy to help and called in the assistance of Red Watch firefighters to use the Aerial Ladder Platform (ALP), which is based at Blackpool Fire Station, to assist with ensuring the pumpkin reached its final destination.

The ALP was used to lift the colossal specimen onto a zoo vehicle, before everyone made the short journey to Blackpool Zoo’s Project Elephant Base Camp to deliver it in time for elephant elevensies!

It took two hours, eight crew, four zoo keepers, one ALP, one pick-up truck and one forklift truck to complete the mission…and it took four elephants just two minutes to smash it to pieces!

Elaine Smith from Stanley Park said: “The four foot wide and three foot tall pumpkin was originally donated to us by Steve Bullock from Layton Allotments in Blackpool, and it drew wows from the crowds over the half-term break!

When the holidays were over we were left wondering what we could do with it. We know that Blackpool Zoo has a large herd of elephants so we wanted to give them a treat!

“Keepers accepted our offer, but we had the issue of transportation – and that is when the zoo’s marketing team stepped in!” 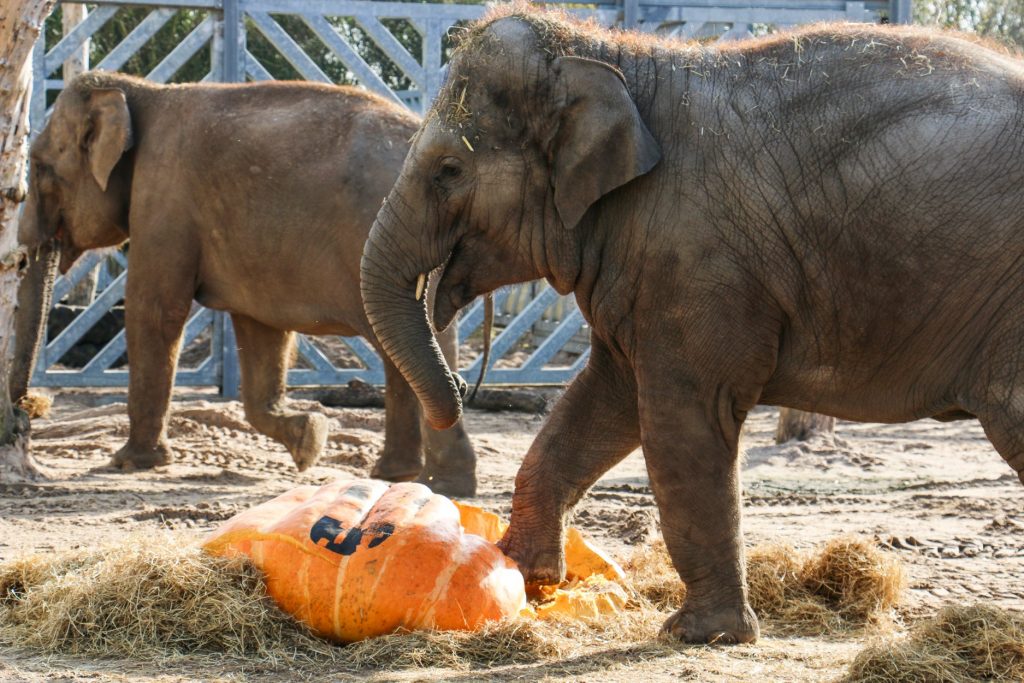 Della Belk, Marketing and PR Manager at Blackpool Zoo, said: “We were absolutely delighted to accept the very kind offer from Elaine at Stanley Park and knew exactly who we should call when we needed a hand!

“Ian was so helpful and enlisted red watch to come up with a master plan for the move!

“It wasn’t the easiest of tasks but everyone pulled together and the girls thoroughly enjoyed their super-sized snack!”

Station Manager Ian Armistead, added: “We’re all big fans of Blackpool Zoo and Stanley Park, so naturally we wanted to get involved!

“It’s also a great training exercise for the crew and it was certainly different from our usual drills!

“It took a lot of teamwork to make sure it got there in one piece and it was great to see the elephants making light work of their treat!”

The Asian elephant has been listed as Endangered on the IUCN Red List since 1986.  The population has declined by at least 50 percent over the last three generations, estimated to be 60–75 years, with threats including loss of habitat, habitat degradation, fragmentation and poaching.