These words were written by Chief Fire Officer Watson in 1987. 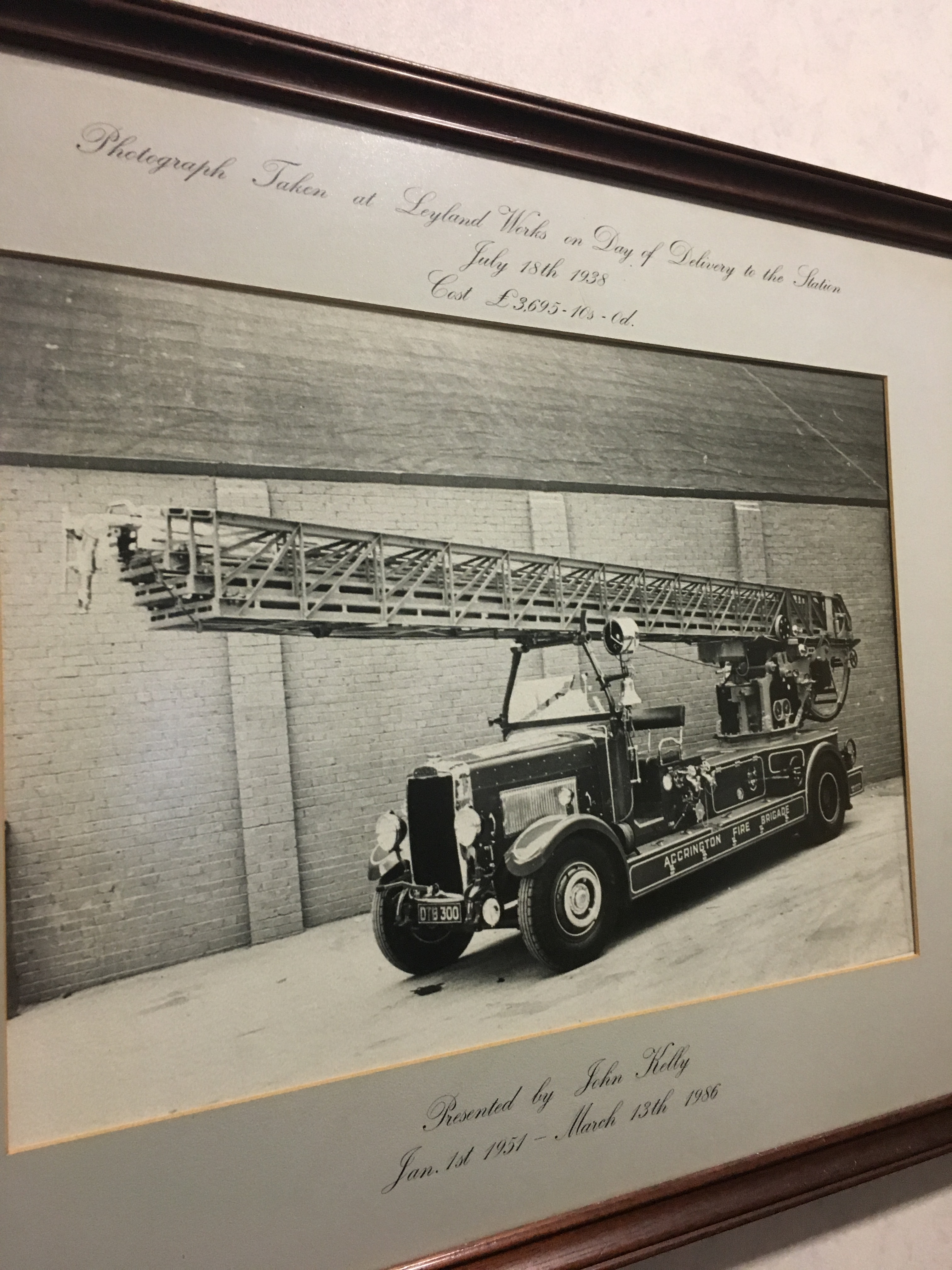 At the start of the Second World War, Britain’s fire defence relied upon about 1,600 municipal fire brigades, augmented by several thousand auxiliaries of the Auxiliary Fire Service. As our major cities came under attack from the air, the organisational weaknesses of the Fire Service were revealed and resulted in the nationalisation of the Service in 1941. In setting up the National Fire Service, the Government of the day gave assurance that the Fire Service would be returned to local authority control when hostilities ceased (and provided we won, of course!).

London Fire Brigade have some more information about the history of the Auxiliary Fire Service here.

Accordingly, the Fire Services Act 1947 placed control of the Fire Service with county councils and county boroughs and the new brigades came into being on 1 April 1948.the Lancashire County Fire Brigade was then one of the largest in Great Britain, with 64 Fire Stations, 700 full-time firemen and 900 part-time firemen.

Brigade Headquarters, originally known as ‘Hazelmere,’ was built in 1892 and was used as a family home until 1949. During this period, however, it was requisitioned in 1940 for use by the National Fire Service as a regional headquarters. Then in 1949 the house and its grounds were bought by Lancashire County Council for £9,000 as the Headquarters of Lancashire County Fire Brigade and major redevelo 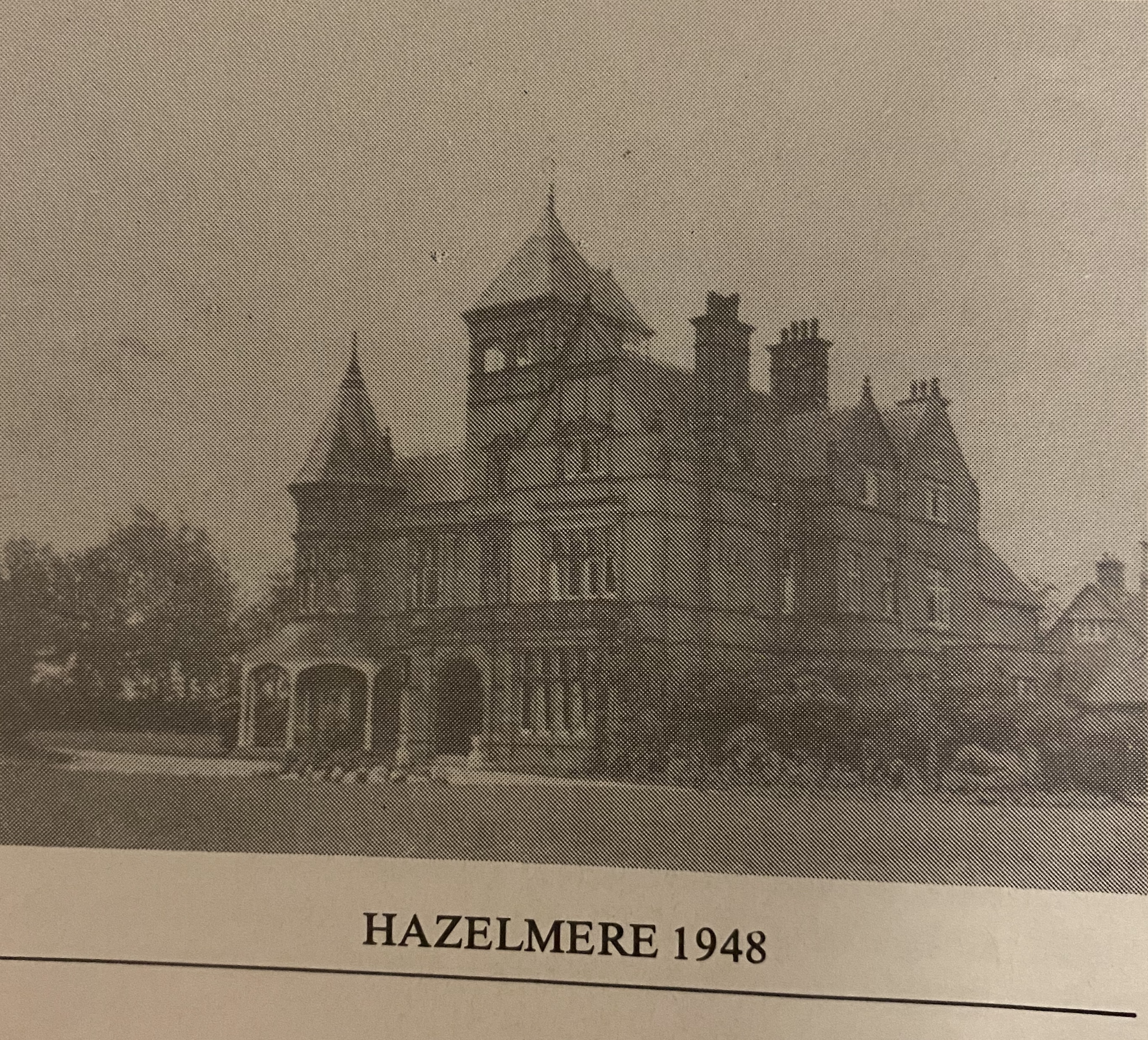 pments have been carried out on the site over the years.

Prior to 1939, the site now occupied by Service Training Centre in Euxton, Chorley, was cultivated farmland owned by the Tatton Estate. On the outbreak of World War Two the site was acquired and developed as an accommodation centre for the Royal Ordinance Factory, which was located approximately one mile from the centre. Although it was estimated that accommodation would be required for about 400 munition workers and provisions made accordingly, it was subsequently discovered that this particular Centre would not be required for the exact purpose intended, due to the availability of a large workforce in the local area, although it was used for a short while as a feeding and amenities centre.

The development did, however, prove extremely valuable at that time for, 1942, it was occupied by the 127th Replacement Battalion of the United States Air Force, who further developed the buildings to suit their particular, needs, adding a cinema and hospital block.

It was during the period of occupation by American troops that the establishment acquired the name ‘Washington Hall,’ as the lane forming the North West boundary of the site was, at that time, named ‘German Lane.’ This was quickly changed to ‘Washington Lane,’ from which the title of the Centre was derived.

An unusual feature for which the American occupation is reputed to be responsible is the ship’s Figurehead which mysteriously appeared on the West end of the Administration block.

The Figurehead was affectionately referred to as ‘Rosie Lea,’ and although she as progressively given coats of colourful paint, the element eventually took their toll and in 1975 the Figurehead was removed to the Merseyside Maritime Museum for restoration and preservation. The Museum produced a fibreglass replica which still sits proudly in the Training Centre today!

On cessation of hostilities, the American Forces were demobilised, which left the Centre free from occupation. In 1946 repatriated troops from Japanese Prisoner of War camps were accommodated for the purpose of recuperation and rehabilitation. This need continued until 1948, at which time the premises were acquired by the Military of Education for use as a Teacher Training College, to re-train teachers returning from Service with the armed forces.

From 1954-1958 the Centre accommodated the training of Royal Air Force mobile fire columns as part of MoD emergency programme, and it was during that time the features such as drill towers and open water dams were provided.

To make further use of the facilities of value in firefighting training, the Auxiliary Fire Service continued to use the Centre until 1964, at which time the premises were purchased by Lancashire County Council to replace the Fire Brigade Training School which was then located at Morecambe.

In July 1964 Lancashire County Fire Brigade took up occupation of the Washington Hall Training Centre, offering training in all aspects of firefighting and fire safety for members of its own and other Brigades, as well as students from Industry and Commerce.

The suite occupied by the Training Centre covers an area of 10 Hectares (25 acres), with accommodation for 95 residential students and teaching facilities for a total of 160 students. The original cinema is now a meeting hall for approximately 150 people and there are conference facilities for a further 50 people.

During the 70s recruits from 17 different Local Authority Fire Brigades have been trained to the level of competence necessary to allow for their involvement in firefighting activities as part of an operational crew, and to prepare them technically for the development of their careers. In addition, the Centre became one of the few establishments in the United Kingdom to hold approval from the Offshore Petroleum Industry to carry out training for personnel employed on Offshore Installations.

Over the years the Training Centre has accommodated students from no less than 65 countries. Many senior officers from throughout the World have undergone training at Washington Hall.