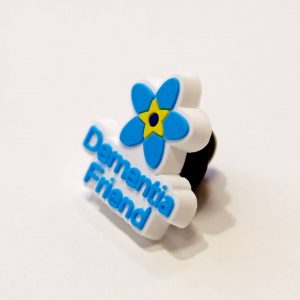 Lancashire Fire and Rescue Service partner with Dementia Action Alliance and have many staff members that have undertaken training to become a Dementia Friend, an Alzheimer’s society initiative. Next week (21-27 May) is Dementia Action Week and LFRS will be taking part in a number of coffee mornings and events to raise awareness and learning. Dementia is caused by a number of diseases that affect the brain.

It is important to talk about Dementia during Mental Health Awareness week as dementia is a decline in mental ability which affects memory, thinking, problem-solving, concentration and perception. Lancashire Fire and Rescue Service are heavily involved in Dementia Action Alliance due to the risks in the home associated with the decline in a person’s mental ability. Whilst many people with dementia can live independently there are certain steps that are advisable to put into practice in their homes as they are potentially more vulnerable than others. Some actions to take could include checking smoke alarms are in working order, write check lists to be left in a prominent place, plan an escape route in case of a fire, display messages in key locations for example a reminder to turn off cookers and heaters.

There are links between dementia and depression but it is also important to think of those caring for someone living with dementia and the pressure and strain of this affecting the mental health of a carer. Looking after someone with dementia can be emotionally and physically exhausting, especially if you are on your own however there are plenty of resources and help available by visiting the Alzheimer’s website or Mental Health website.