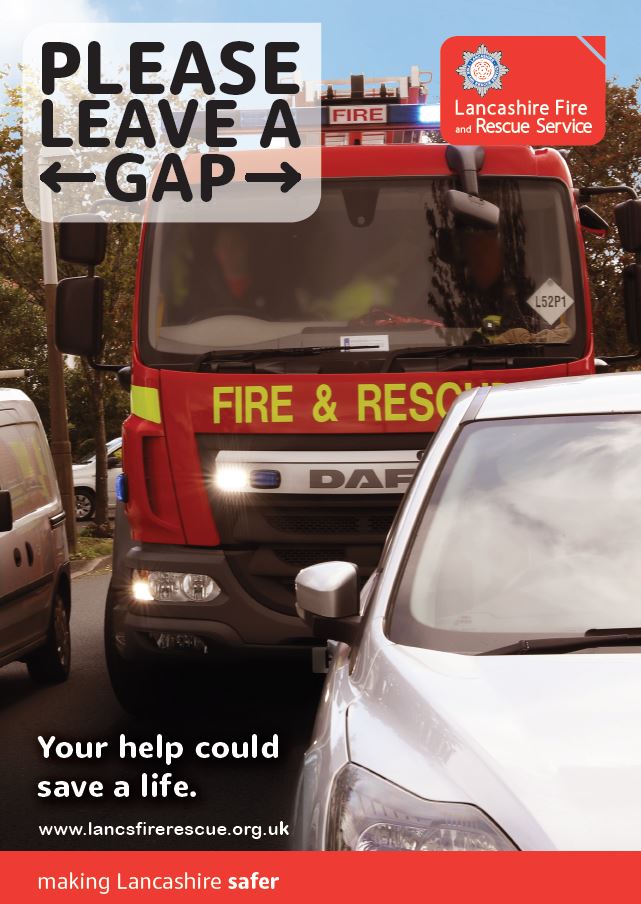 Lancashire Fire and Rescue Service (LFRS) are urging the public to park considerately on streets across Lancashire as firefighters come across more and more streets where fire engines cannot pass.

Response times are of the upmost importance for firefighters when responding to incidents and attendance is expected within five minutes of a 999 call being placed. There are many factors that could affect fire engines from achieving these times but poor parking, meaning firefighters not able to gain entry down streets, should not be one of them.

Group Manager of Response and Emergency Planning, Tim Murrell, said: “we are hearing from crews that certain areas of Lancashire are becoming problematic for fire engines passing between cars. Allowing fire engines, and other emergency vehicles, clear access down residential streets could make all the difference when attending to emergencies. Seconds count, especially in persons reported incidents, and we are urging the public to please park considerately.”

Motorists are advised to leave a gap no less than 2.50m or 8.2ft for a fire engine to be able to pass.

And it isn’t just emergency situations where inconsiderate parking becomes an issue. Lancashire firefighters visit domestic properties to carry out Home Fire Safety Checks and need access to residential streets in their fire engines. On one such occasion a crew couldn’t pass between two inconsiderately parked cars and received verbal abuse from the owners when they were asked to move. In some instances passing seems difficult for cars never mind larger vehicles.

Thankfully LFRS have not been late to an incident, nor lives been put in danger due to inconsiderate parking, however the Service would like to draw people’s attention to the potential risks of parking considerately and urge them to think about where they park going forward.